I stood at the nurse’s station reading my patient’s chart as her nurse took care of another patient. Looking at the face sheet I noticed she was born in Romania and that she was a Christian. My partner, who is a lot more curious than me, went into her room. Glancing at her history & physical I saw she had fibromyalgia and multiple injuries from a car accident, which required extensive physical therapy. She suffered from depression and had a long list of prescription medications. The physician who wrote the report also noted she used a walker. My partner came out of her room. I asked if she spoke with an accent. “Not that I can tell,” He replied. “She sounds like everyone else.”

After receiving report from her nurse, I went into her room. We talked for a few minutes, but I couldn’t detect even the slightest trace of an accent.  “You must have moved to the states when you were very young,” I said.

“Actually, I moved here when I was fifteen.”

“Really? So what happened to your Romanian accent?” I held out the hospital face sheet and pointed to the line where is lists her country of birth.

“Oh that,” she said with a smile that lasted only a moment. “After I moved here, I was beaten every day in school because of my accent. I figured I could avoid being beaten if I learned to speak perfect English. Ten years after moving here my English was so good I got a job teaching English.”

Yelena had a good sense of humor. We joked with each other as we helped her to the gurney. After we had her personal belongings secured, including her walker, we wheeled her toward the elevator. As we drove toward the destination hospital, the conversation took on a more serious tone. Sensing she had been through a lot of abuse, I asked about her past. 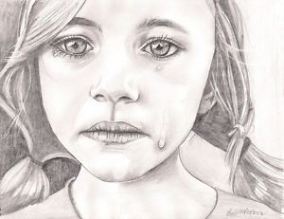 She told me about being beaten and raped many times as a child—once by a man whom she later learned was her father. “As I got older, I became interested in gymnastics. I was really good and started to do well in competitions. This made my father so mad he tried to kill me by throwing me in front of a train. I thought I could leave it all behind by moving to the US, but somehow the problems followed me.”

She talked a lot about how her husband abused her then told me about the day he took her to church and the pastor gave a message that cut her to the heart. She got saved that day and asked her husband if he told the pastor about her life. He had not. The Holy Spirit gave him a message that seemed to be just for her.

Later, she was drugged and raped by a man and his wife and afterward, her husband blamed her for it, saying it was her choice to meet with them. She said that although it was a blessing that her husband got her saved, he had been a terrible husband. After she was crippled in a car accident and went through physical therapy, he started stealing her pain pills and became addicted to them. His addiction made him more violent toward her. From her perspective, things couldn’t get any worse.

Seeing all this pain and trauma, I felt like it was time to bring Jesus into the meeting.  I looked into her eyes and said, “You know what…I have a way to get you healed of the painful emotions from all that abuse.”

“And how are you going to do that?”

A huge smile appeared on her face. “I know all about Jesus…I’m a Christian. “

“I know you are,” I replied. “But you don’t know how badly He wants to heal you, so let me share a couple of stories.” I told her about my emotional trauma and how I was healed then shared the story of the woman who was healed of back pain from a car accident. “Most people know that the bible says “By His stripes we are healed,” but the Bible also says He bore our griefs and sorrows. All your grief, all your sorrow, and all those painful memories were taken by Him on the cross. And if He already bore them for you, then you don’t need to bear them anymore.” She was excited at the possibility of being healed by Jesus. “I can get you healed, Yelena. All we need to do is let Jesus take away the painful emotions. If you’re ready, I’m going to ask you to remember the most painful memory you have.”

Her most painful memory was connected to the time she was drugged and raped. It wasn’t the incident itself that troubled her. She had little memory of what happened. What bothered her was the fact that her husband blamed her for it. I asked her to recall a time when her husband said it was her fault then asked what emotion she felt.

“Okay, Yelena, repeat after me. Jesus, I ask you to take this guilt from me and heal the wound in my soul from it.” She repeated what I said and began crying so I gave her a minute to compose herself before continuing. When she was ready I began round two. “Okay, let’s do it one more time. There you are with your husband in another argument about the time you were drugged and raped. He tells you it’s all your fault. What is the strongest negative emotion you feel?”

I had her give the shame to Jesus. When she stopped crying, I said we need to do it one more time. I rehearsed the scene with her husband accusing her. “What emotion do you feel this time?”

With her mouth hanging open in amazement she said, “Nothing. Nothing at all. I can remember all the times he accused me, but I don’t feel the pain anymore. It’s gone.”

“That’s because Jesus healed you. Yelena, you’re going to be spending a few days going through treatment. It might be a good idea while you’re there to let Jesus heal the rest of those wounds. You can do the same thing we just did by yourself. Bring up any painful memories, identify the emotions you feel and ask Jesus to take them from you.”

We arrived at the mental health facility and unloaded the gurney. She got off and got in line at the registration desk. Before we left, she gave me a hug and thanked me. I’m finding that emotional healing (at least in some cases) is not as difficult as it seems. Jesus can make it pretty simple.

To learn more about emotional healing, check out my book Emotional Healing in 3 Easy Steps.

Like Loading...
Previous
C.S. Lewis on Christianity
Next
Seeing in the Spirit Made Simple: First Review – Michael VanVlymen

This Site Hosted By