My Thoughts on Bill Barr’s Departure

My Thoughts on Bill Barr’s Departure

Yesterday, President Trump accepted the resignation of Attorney General William Barr. People have asked me to share my thoughts on that matter, so here they are.

It could be that Barr’s resignation is the routine, expected end for a department head of an outgoing administration. Ajit Pai, chairman of the FCC, tendered his resignation, effective January 20th, as did other department heads. Perhaps there’s nothing to see here, but let’s dig a little deeper.

Six days after the election, on November 9th, President Trump fired Defense Secretary Mark Esper and replaced him with Chris Miller. Within 24 hours, all the Undersecretaries of Defense and the Chief of Staff for the Secretary of Defense had been replaced with people known to be loyal to Trump. That move appeared (at least to me) to signal that Trump is not planning to leave the White House and that he felt a need to shore up his support at the Pentagon.

President Trump has vowed to fight the results of what he believes is a fraudulent election. His legal team and key allies are bringing lawsuits and working with legislators to allow the constitutional process to run its course. It seems the President has a plan for remaining in office. We don’t know all the details of the plan, but freedom-loving patriots are supporting that effort to its conclusion.

In the last month, the President has occasionally expressed his displeasure with AG Barr and the DOJ. During one of his last rallies before the election, the President chided the DOJ for refusing to indict Spygate conspirators like James Comey before the election. Since then, he has excoriated them for withholding evidence of the Biden family’s alleged crimes. If evidence of their crimes had been released prior to November 3rd, it would have changed the outcome of the election.

I want to preface my next statement by saying that I still believe John Durham’s investigation will result in the prosecution of bad actors in the FBI, DOJ, State Department, CIA, and other government agencies. However, when I put myself in the President’s shoes, I realize that come January, I will have been in office for four years. I’ve worked my butt off to make the country better while virtually nothing has been done to prosecute the people who tried to destroy me, my family, and this nation. If the President has lost faith in the FBI and DOJ, who can blame him?

If the President is convinced that he will serve another term, and if he has lost faith in the DOJ (my speculation), then Barr’s departure is likely not a routine resignation, but termination for cause. President Trump may have someone in mind that he believes can get the job done as Attorney General. But Barr’s firing could also signal a change of strategy in how POTUS intends to drain the swamp in his next term.

If Trump believes that the DOJ can’t be relied on to bring the deep state to justice, would he assign that task to the military?

Except in rare cases, civilians can’t be tried by military commission. If the President believed that the future of the nation was at stake, he could declare martial law. The declaration of martial law would close civilian courts. Law enforcement would become the responsibility of the military. The DOJ would be removed from the process.

I’m not advocating the implementation of martial law. Using the military to maintain the rule of law is the last resort for civilized nations. However, the U.S. is embroiled in an election scandal of mammoth proportions—the kind typically seen in third-world countries. Regardless of who is inaugurated on January 20th, half the nation will think the sitting President stole the election. The last time we experienced this degree of ideological division was during the civil war. All of this seems to point to a coming period of civil unrest. It’s impossible to say at this point, if civil unrest will, in fact, happen. If civil unrest happens, it’s impossible to predict how severe it will be or how long it will last.

Couple the possibility of civil unrest with the changes in leadership at the Pentagon and the removal of Barr at DOJ, and I can’t help but wonder if the President isn’t moving toward a military solution, or at least setting up a contingency plan. There is still time and there is certainly a long way to go before the election’s constitutional process has run its course. I pray that a non-military path provides the answer to our current dilemma, however, alternate plans appear to be in the works.

As always, please keep the President and our nation in prayer. 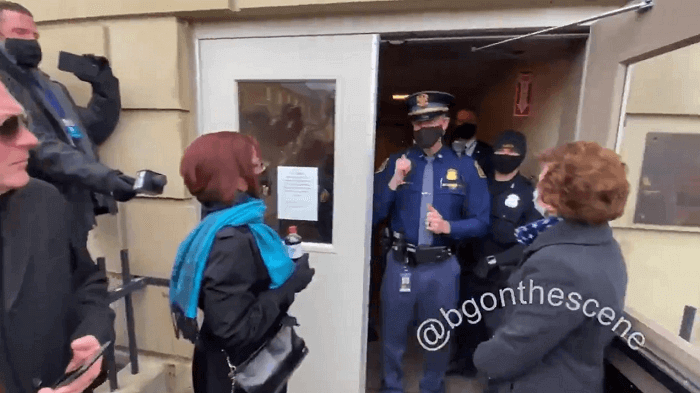 Election Update – December 14, 2020
Next
The Senate Holds the Key to Donald Trump’s Re-election 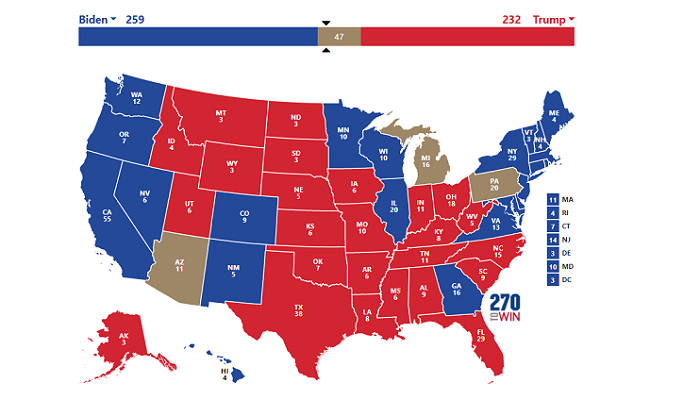