Election Momentum Has Changed – What Happens Next?

Election Momentum Has Changed – What Happens Next?

The 14th in a series of articles that examine where America is headed following the 2020 election.

In Arizona, the hand recount and visual inspection portions of the Maricopa County audit are complete. The data is now being examined, and, according to Ken Bennett, that includes 118 terabytes of electronically stored data. The full audit report is expected no sooner than August.

Much has been made about the network passwords, routers, and logs that have not yet been turned over to the Senate by the Maricopa County Board of Supervisors. It’s apparent that the Board is never going to turn them over voluntarily. That could be because these items contain the most incriminating evidence. A few news outlets have taken advantage of the emotional aspect of this issue, and their articles have generated needless anger and frustration over it.

The goal of the Maricopa County audit is to determine if the election was run according to best practices. It seems likely that fraud, malfeasance, and incompetence will be found, even if the logs, routers, and passwords are not turned over. Since Arizona Attorney General Mark Brnovich is running for the U.S. Senate next year, he has sufficient motivation to do the right thing when Karen Fann and the Senate turn over their evidence to him. I would expect Brnovich to obtain the missing materials with a warrant and conduct an appropriate investigation. If he doesn’t, Donald Trump will make sure he is not elected to the Senate.

Although most of us expect that the results of the Maricopa County audit will show discrepancies, we’ve had no official confirmation of that until yesterday. On Saturday, Arizona Senator Sonny Borelli retweeted an account that said the audit report “will show significant discrepancies between the ballots audit and the original count.” Borelli’s retweet carries weight because he’s a member of the AZ Senate Judiciary Committee, which ordered the audit.

Fellow Senate Judiciary Committee member Wendy Rogers confirmed this in her own tweet.

This tweet was retweeted by the great patriot @SonnyBorrelli, former Marine and is on the Arizona Senate Judiciary Committee with me. Our committee is the one that can act after sine die. He knows what he is saying. 🇺🇸 https://t.co/1P6lHWVzNT

During war, troops go through emotional highs and lows. If an army can maintain a positive attitude over the duration of the war, they generally fare better. We’re presently engaged in an information war. Since the November election, patriots have been exposed to repetitive cycles of bad news, which has demoralized them. But lately, the news has been in our favor, and momentum is building.

On Thursday, we were handed a victory when the Supreme Court upheld two Arizona laws; one that forbids ballot harvesting and another that requires election workers to discard ballots cast in the wrong precinct. The fact that SCOTUS took up an election case at all is noteworthy, but the 6-3 decision signals the Court’s recognition that states have a right to administer elections as they see fit.

In Georgia, Secretary of State Brad Raffensperger has admitted that Fulton Couty’s election system is hopelessly compromised. He’s considering putting the county election under state receivership and, according to John Solomon, is willing to consider an audit.

In Cobb County Georgia, it is now being reported that 168,000 ballots are missing chain of custody documents.

This morning, a woman who attended an event last night where Georgia gubernatorial candidates addressed voters posted this observation on telegram.

The two men who had previously claimed Georgia’s election was safe and secure are now being forced by the facts to consider an audit. The momentum has shifted in Georgia, and it may be affecting Pennsylvania.

In Pennsylvania, Doug Mastriano is moving the state Senate closer to an audit. He reportedly met with legal counsel last week to learn about the feasibility of privately funding an audit the way Arizona did. Mastriano has plenty of reason to champion an audit. President Trump has reportedly asked him to run for Governor. If he plans to do so, he could make election reform his focus the way Mark Finchem is highlighting election integrity in his bid for Arizona Secretary of State. If Pennsylvania conducts an audit, particularly if it looks at Pittsburgh and Philadelphia, there is little doubt fraud will be found.

Once fraud is found, and voters are made aware of it, there is danger in not making things right. So far, state legislators have given us little reason to trust them, but as momentum builds for election transparency, more pressure is put on them to correct mistakes—not just mistakes in process, but mistakes in outcome. As President Trump ramps up his rallies, he’ll put even more pressure on legislatures to return what was stolen. What can they do? According to Rachel Maddow and the media mob, nothing can be done at this point. But in fact, there is much that could and likely will be done.

Admittedly, this is uncharted territory. It’s impossible to accurately predict what will happen, but it’s possible to guess what may happen.

If the Arizona, Georgia, and Pennsylvania legislatures conduct audits and find fraud on a scale that calls into question the November election, any of these states could invalidate the results and decertify their state’s Biden electors. Any of them could request a new election. If a state ends up in court, a judge may order a new election or could award Trump the state’s electoral votes.

As it stands now, Joe Biden has 306 electoral college votes to Trump’s 232. If Georgia, Pennsylvania, and Arizona withdrew their electors (and corresponding votes), Biden’s vote total would drop to 259; eleven votes short of the number needed to win the electoral college. If those votes were transferred to Trump, he would then be the winner, at least on paper.

Since the Electoral College has already met and certified Joe Biden as President, what happens next?

It’s hard to imagine these matters not being brought before the Supreme Court. It’s possible SCOTUS will accept a case and issue a ruling negating an election outcome. But it seems unlikely (at least to me) that the required four justices will agree to accept one of these cases. Too much is a stake and they have too little courage.

It also seems unlikely that the U.S. Congress will decide the matter since neither political party has a sufficient majority to take action.

State legislatures could call special sessions, but some states have Democrat (or RINO) governors who won’t cooperate. Most legislatures have a majority too small to give them the votes required to call a special session on their own. However, if they used article II, section 1, clause 2 of the constitution, which gives plenary power to state legislators in the matter of federal elections, a legislative body could call a special session to address the issue of electors and ignore state-imposed restrictions, since federal duty supersedes state law.

While Donald Trump has made a tacit claim to be the rightful president, Joe Biden does not seem willing to voluntarily abdicate the Oval Office. A showdown seems inevitable. My concern is that it will devolve into a show of force. The use of force seems more likely given the fact that Biden’s DOJ and intelligence agencies have chosen to persecute, harass and illegally surveil Trump supporters. The tens of millions of people who support Trump seem determined that things must be made right. If federal and state governments and the courts refuse to act, would Trump supporters take matters into their own hands?

If the Defense Department detected a serious, imminent threat of insurrection against the Biden administration, I would expect them to intervene before violence erupts. The question is which side they would take. At present, it may seem like Biden has the military behind him, but Trump’s comments about the “woke” military highlight the fact that they’re experiencing a crisis of leadership. I would not be surprised if soon, new leaders emerge at the Pentagon. My suspicion is that the rank and file soldier would support Trump, but time will tell if that hunch is correct. 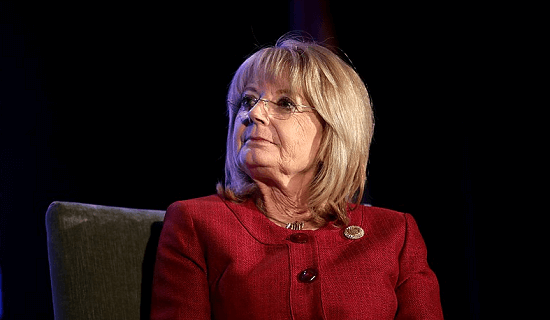