The 18th in a series of articles that examine where America is headed following the 2020 election.

We are, at present, watching a war play out on the global stage. It is not a kinetic war, but a battle waged (for now) through the use (and misuse) of information.

The goal of globalists is to bring as many people as possible under their control. The goal of freedom fighters around the world is to throw off the chains of oppression put on them by globalist leaders.

Covid has been used as a smoke-screen to conceal the true agenda behind a number of globalist tactics. For example, Klaus Schwab explained that covid provided an opportunity to expose the fatal flaws of capitalism. All that needed to be done was collapse the world’s capitalist economies and replace them with socialist ones.

Donald Trump foiled this plan by making a covid vaccine available in record time, which made lockdowns and the economic destruction they cause, unnecessary. (You may despise the vaccine, but its rapid deployment prevented the world’s economies from being destroyed.)

Globalists used covid in the U.S. as an excuse to increase mail-in-voting. Mail-in-voting helped them steal the election and remove President Trump from power. Patriots are in the process of auditing the 2020 election, which may prove it was stolen and justify removing Biden from power.

Globalists are in a rush to bring their plan back up to full speed. This is why France, Australia, the UK, and other nations are enforcing covid restrictions again. As the fall flu season approaches, I would expect the Biden administration to follow suit.

Keeping in mind the fact that the end goal is the destruction of capitalism so it can be replaced with socialism, I would expect globalist leaders to adopt policies that cause higher food, energy, and housing prices, higher unemployment, and any other economic difficulty that would allow them to point to capitalism and proclaim that it has failed.

As all this is happening, patriots in a number of states are conducting audits—every aspect of which will be opposed by Secretaries of State, delayed by county boards of election, and challenged in court by Perkins Coie attorneys. Globalists must destroy our economies before the audits are completed and before evidence is made public proving that Biden is not a legitimate president.

If the audits prove fraud and if the American public becomes convinced that Donald Trump was the rightful winner of the 2020 election, they will demand he be reinstated. If he is reinstated after proving his opponents to be crooks, he will have no mercy on them. If Trump is reinstated, it will be game over for the globalists. He will bring a swift end to their plans and rebuild the U.S economy, as he has done twice before. The removal of globalist leaders from power will lead to economies around the world returning to normal. (There is no way to accurately predict a time frame for any of this.) 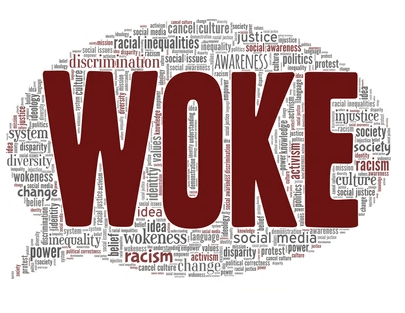