Correcting the 2020 Election – Timing Is Everything

Correcting the 2020 Election – Timing Is Everything

The 19th in a series of articles that examine where America is headed following the 2020 election.

People have expressed concern about the order in which election-related events are taking place. Some are wondering, for example, why Matt DePerno is running for Attorney General of Michigan while the state’s election system has not yet been fixed.

No one knows better than Matt how corrupt Michigan’s election system is. And yet, he realizes that in order to fix a broken system, people with integrity must run for office, knowing the system they must rely on to be elected is still in disrepair.

Running for elected office is a long process. Candidates can’t wait until after the election system is fixed to launch their campaigns. 2022 campaigns must be launched now in the hope that before the next election is held, fraud will be exposed, and a new election system will be put in place. This is why President Trump is both demanding the 2020 election results be overturned, and fraudulent elections systems be exposed, while simultaneously endorsing candidates for 2022. We must work toward electing better candidates now and assume that some entity (or several working together) will intervene in the future and make things right.

First, state legislatures will be given an opportunity to fix the problem. They had an opportunity prior to the counting of electoral votes on Jan 6th. Some legislatures chose to certify 2 slates of electors, but the U.S. Congress didn’t take their wishes seriously. They now have a second opportunity, which is to audit the 2020 elections in their states, and if appropriate, decertify electors.

Arizona Senate President Karen Fann explained that if evidence of willful misconduct is found in Arizona, criminal referrals will be made. (I must assume the same will happen in Pennsylvania and other states.) It is unknown how the criminal justice system will respond when given an opportunity to make things right, but again, they must be given an opportunity.

Fann also said the U.S Congress has a responsibility to correct the electoral count if it becomes evident that the November results were incorrect. Congress may have a second chance to make things right. I have less faith in them than any other entity. Notwithstanding, they must be given an opportunity to do the right thing.

If, after the audits are complete, it becomes clear that the election was stolen and every entity listed above fails to make things right, citizens will be outraged. History shows that when corrupt elections are discovered by the public, but denied by elected leaders, and ignored by government entities responsible for making things right, the situation is resolved either by military coup or revolution. I would expect that elected leaders, judges, Attorneys General, and members of the military know this. Thus, they have sufficient reason to take corrective action.

I suspect that the election dilemma will not be fully resolved by state legislatures, the courts, the criminal justice system, or Congress. I expect that in the end, the military will intervene, perhaps as a pre-emptive move to avoid revolution. Many are concerned that the military won’t act when needed and will simply follow the orders of Joe Biden. Others fear that “woke” ideology has already destroyed the patriotism of the armed forces. Like every other entity, we should not presume to know how the military will act if their services are needed. Although I believe the military will intervene, I would invite you to pray that a non-military solution prevails.

The point of this message is to remind readers to resist the urge to get ahead of the process, to act impulsively, or to force the conclusion they think is inevitable. One may think the military is the only way, but each entity must be given its chance, first.

Be patient, and pray for the best outcome. 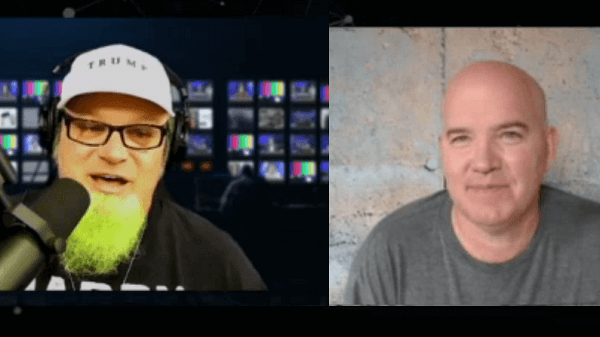